My Experience with Xamarin Forms

My Experience with Xamarin Forms

As the definition goes, Xamarin forms is a library used to build native UIs for iOS, Android and Windows Phone from a single, shared C# codebase. Xamarin was released in February 2013. In February 2016, Microsoft purchased it and bundled it with Visual Studio.

Initially, Xamarin supported only Android, iOS and Windows Phone. But later on, it also added support for WPF. When we create a Cross-platform Xamarin.Forms project, the sub-projects for Android, iOS, and UWP are created by default. We can explicitly add a WPF project as well. But from my past experiences, I can say that WPF is still not completely integrated correctly as it has many problems with the design. There was a requirement for a Cross-platform app and the client wanted it in Xamarin forms, that would also include Windows Desktop.

Initially, it looked fine on all the platforms. But as we proceeded further, we could see the obstacles coming our way. For example, to add a simple Alert box to display messages. The alert box is responsive in Android and UWP, but not in WPF. No doubt, there is a workaround to have platform specific code only for WPF. But in my opinion, if it has been integrated with Xamarin Forms, it should have been responsive, similar to the way it works on other platforms.

The other issue that I came across was the toolbar items. When we navigate to another page (using Navigate.PushAsync()), the toolbar items of the previous page are replicated on the current page. And not only that but when we navigate back to the calling page (using Navigate.PopAsync()), the toolbar items of the child page are again copied to the parent page. It is ridiculous because it works perfectly fine on other platforms. But this problem occurs only in WPF. I have posted the issue in Xamarin forums as well as in StackOverflow, but in vain. There is a workaround to create your own custom toolbar on each page and add the necessary styles for the icons and text. But it would have been good if Xamarin had integrated it correctly.

There are many other issues with WPF within Xamarin Forms. So hoping that they soon release their new version, wherein, WPF has been integrated correctly. Overall, it is a very nice library and there are many plugins developed by different programmers for the various functionalities including recording of voice. It is a good library, using which, we write just one set of code for a page, irrespective of the different platforms and it shows up and works fine on all of them. 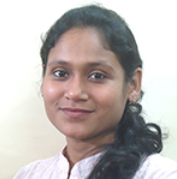