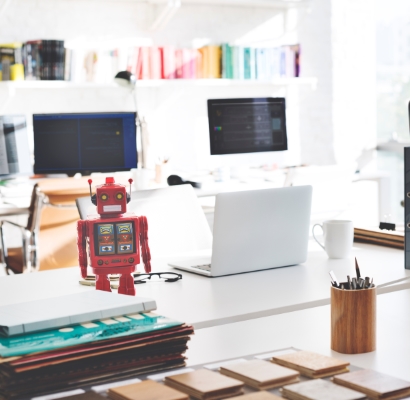 In reality, it is likely that humans and machines will work in unison. At the end of the day, humans and machines are good at fundamentally different things. As we know, concepts such as ambition, greed and love are not easy to replicate. Hence AI as of yet doesn’t have emotional intelligence, which is the ability to reason and solve problems based on one’s emotional experience.

There is no doubt in the fact that bots have made almost every business process more effective, efficient and valuable. Facebook has declared that with the help of its Messenger platform, its next digital frontier would include artificial intelligence or AI-powered bots that will hold the capability of making decisions just like humans.

A chatbot is a computer program that simulates human conversation, or chat, through artificial intelligence. Such computer programs are often designed to convincingly simulate how a human would behave as a conversational partner, thereby passing the Turing test.

Chatbots have proven to be convenient in many aspects across different industries. Chatbots are typically used in dialog systems for various practical purposes such as customer service, information acquisition and product recommendation, etc. They are widely used in customer service and IT outsourcing support, wherein they engage customers, analyze their queries and also provide immediate solutions to their concerns. This fast-tracks the process and will only need human intervention when tackling more complex tasks.

Virtual assistants like Cortana, Google Assistant and Siri help with fundamental tasks such as asking information from the internet, whereas the virtual assistant Alexa can perform complex jobs like switching the lights on and off, and controlling the temperature of a smart home.

The above examples show that chatbots are not about to replace humans, but instead help us make our tasks a whole lot easier by filling in the gaps where we may have deficiencies.

Advantages of chatbots for various businesses include that they are available round-the-clock for conversation with customer. Secondly, they provide instant response to any query without any delay or making the customer wait. Last but not the least, they restrict response format to easy-to-understand text, images and unified widgets for better interaction.

In my point of view, for now chatbots won’t replace humans. While certain functions could be replaced to provide a faster and efficient interaction with customers, AI  continues to be limited. The ability for chatbots to handle an unlimited amount of chats simultaneously is a fantastic support tool. But until they develop empathy, sensibility and human problem-solving skills, they won’t be able to replace us. 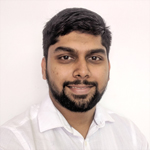