In this blog I’ll be discussing about Swiper slider. Slider plays a significant role in designing any website. Swiper Slider is one of the best and widely used sliders due to its exceptional features.

When developing this functionality, the developers had the intention of using it in mobile websites, mobile web apps, and mobile native/hybrid apps. It was designed mostly for iOS devices but it also works with android, windows phone and modern desktop browsers.

This plugin/framework is freely available to use. Due to its responsive properties, it is also known as mobile touch slider. Over time, this framework has evolved itself with significant features. The latest Framework (v7) has very adaptable configuration with great features.

Here are a few top notch features of the Swiper Slider:

This framework can be installed in two ways:

To conclude, the Swiper Slider has lot of advantages over other slider options available. In my opinion, I would recommend using this framework when you plan to have a slider section for any website. It’s a flexible and efficient framework that can be used for better website performance. 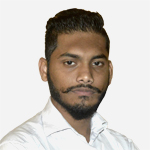