Sports Evolving Through the Hawk-Eye Technology 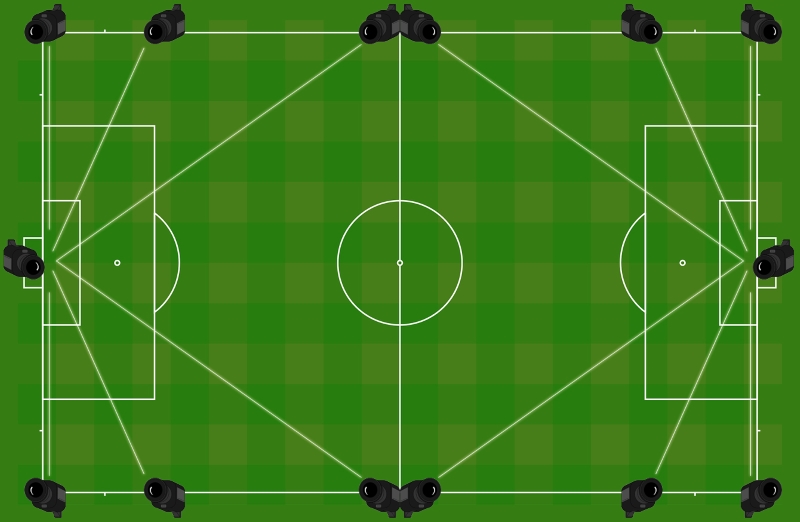 Sports Evolving Through the Hawk-Eye Technology

The sports world is changing continually through the years. The usage of innovation is one of those zones that has had an effect on numerous sports in the present day. There are many technologies that have revolutionized the sports world like HANS device, wearable computers, ingestible thermometer pills, video technology, prosthetic devices for disabled athletes, VAR technology, etc.

However, the technology to completely change the dynamic of the sports world until now is Hawk-Eye technology. The technology used in Hawk-Eye was previously used in missile tracking and brain surgery. The technology was modified by UK based organization named Hawk-Eye to be used in sports. Hawk-Eye is currently owned by Sony and was developed by Paul Hawkins. This technology is used in almost all major sports like cricket, football, rugby, lawn tennis, badminton, snooker, etc.

Hawk-Eye technology utilizes six to seven top of the line cameras arranged over the field of play. We essentially get an eagle’s eye view to investigate the flight and direction of an object being utilized in sports competition. Hawk-Eye technology has been more accurate than a judge’s eye and has been in use since 2001 in cricket when it was first used in a match between England and Pakistan at the Lord’s stadium in England.

Advantages of this technology:

• Hawk-Eye has eliminated the uncertainty of the players and onlookers about the decision of the match referee.

• Officials can take decisions quickly during the game itself, rather than later in retrospect.

Disadvantages of this technology:

In a match between England and Germany at the 2010 FIFA World Cup, the ball had crossed the goal line but the goal was not awarded by the referee. This goal-line incident, in particular, triggered the International Football Association board’s decision to reconsider the introduction of goal-line technology into the laws of the game.  This technology gives an accurate decision on whether the ball has crossed the goal line or not. The Hawk Eye utilizes a camera taking 600 frames per second on the goal line. The data is then examined by PC and sent to the official’s headset or a gadget on his wrist.

In cricket, Hawk-Eye works by using 6 high-speed cameras, placed on the roof of the stadium, 60 degrees apart to triangulate the position of the ball in its flight. While triangulation requires only two cameras, the rest of the cameras help with the accuracy of the ball tracking. While we generally associate Hawk-Eye with just ball tracking, it has a whole suite of technologies including wagon wheel, pitch mapping, six trackers and ultra edge. These serve to review decisions as well as to give you a clear picture of the match.

A disadvantage of using Hawk-Eye in cricket is that it gives the report of the pitch at the start of the match. It identifies where the pitch is grassy, damp or hard and uses this information throughout the match. But if the pitch starts to observe changes like if the hard area starts to turn soft or if there is dew, Hawk-Eye does not take these changes into account.

The Hawk-Eye referral for a LBW choice depends on three criteria: where the ball pitched, area of contact with the leg of the batsman and the anticipated way of the ball past the batsman.

Hawk-Eye was used in tennis in 2006. There are 5 cameras at each end and they are triangulated to give you the 3D location of that particular ball. To review line calls, every player is given two challenges per set. If the challenge is correct, the player retains the same. If the player is incorrect with a challenge, then the player loses one of the challenges.

In 2015, Hawk-Eye innovation was used by rugby authorities at the 2015 Rugby World Cup. Hawk-Eye helps the television match officials (TMO) to come to the most accurate and fair decisions possible. While in football, cricket or tennis Hawk-Eye uses the ball-tracking system, in rugby it uses video replays. The review team first identifies the best angle to come to a decision, then they do other analysis like split screens, zooming in, etc. As well as ensuring that correct decisions are being made, player welfare is at the forefront of the aims of this technology. Medical teams are also given access to the footage to assess the injuries caused to players in the match so that they can decide whether the player should be allowed to play or remove the player from the field of play.

Different types of tests have been conducted using this technology and it has worked out to be highly successful. Although it is quite expensive, it proves to be a boon to the sports world. Safe to say, it is still better than the human eye with all its guesswork. We can often tolerate a slightly inaccurate system as long as we perceive it as impartial.