My Experience Working with GIT

My Experience Working with GIT

OPSPL – my first workplace as an Intern. At first, I was a bit nervous, but after meeting my colleagues and my seniors, I felt at ease. They guided and supported me. Here, at OPSPL, is where I came across GIT. GIT is a free and open source distributed version control system designed to handle everything – from small to very large projects – with speed and efficiency.

When building a software, it is viable to create checkpoints of all the changes you have made, so that, it allows one to go back to the checkpoints as and when required. This is a crucial part of software development because, we have to deal with a lot of code during the building process and a lot of code translates into much work being done so that nothing goes wrong.

At first, it was challenging for me to get the hang of it but once I familiarized myself with the dynamics of GIT, my way of going about with GIT became much easier. It secures one’s mind from all the stress of the code getting destroyed or the project going into shambles.

GIT was developed by Linus Torvalds, also known as the father of Linux operating system, which is one of the best and most stable Operating System in my opinion. He once aptly quoted, “Most good programmers do programming not because they expect to get paid or get adulation by the public, but because it is fun to program”, and that is exactly what GIT does – It makes programming less burdensome and more enjoyable, since it eliminates the stress of losing the code.

Management and speed go hand in hand. That is why, I turned my attention to GIT. It indeed is the most popular version control system today. GIT makes our work very easy, helping to manage the project and sequential track of all the changes done for the project in a simpler manner.

When you code in bits, GIT is what you need! 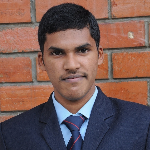